“Jack Brooks: Monster Slayer” is the type of predigested cult film that’s easier to admire than actually enjoy. A polite tip of the hat to “Evil Dead” and all things “Buffy,” this horror/comedy is lacking proper oomph in both categories, resulting in a movie of commendable purpose, but lackluster realization.

Ever since he witnessed his family brutally murdered by a forest troll as a child, Jack Brooks (Trevor Matthews) has battled furious bouts of depression, unable to deal with his volatile temper or act civil to those around him. A terrible plumber taking night classes, Jack is alarmed when his science teacher (Robert Englund) starts to exhibit ominous signs of possession after forcibly consuming an ancient demonic heart. When all hell breaks loose at the school, it’s up to Jack to stifle his fears and assume his place in monster slaying history.

“Jack Brooks” is a throwback of sorts to the days before computer enhancement turned bloodletting into a sophisticated, expensive art form. Here is a sloppy, goopy monster film that takes an enormous amount of pride in detailed creature make-up and bruising practical effects, and the results are genuinely impressive. Director Jon Knautz lovingly captures the chaos of guys in rubber suits, geeking out over the finer details of slime and blood as they spew out of the talent in every conceivable fashion. It’s a kick to watch the monster mash unfold in “Jack Brooks,” which touches delightful whip-crack Raimiesque contact highs when the title character straps on his plumber belt and sprints to his destiny.

Unfortunately, it takes nearly an hour for the feature to position itself into full-throated slaying mode.

Apparently an origin tale to an upcoming, sequel-happy DTV franchise, “Jack Brooks” is dullsville when attempting to pad the story with the title character’s banal motivations and day-to-day existence. The screenplay just doesn’t scrounge up a compelling backstory for Brooks, holding to uneventful anger-management issues and vague relationship woes. The character is pleasingly rounded by Matthews, who refuses to give himself over to winks, unlike the rest of the cast, who ham it up obnoxiously. The actor keeps Brooks grounded in seething frustration, to better execute the transition from punch-happy loner to global monster killer. Englund has the showoff role, running around bleeding, eating, and vomiting (it’s a cheerfully disgusting character), but Matthews keeps the feature together during the glacial first half with his skillful restraint.

It’s unsettling to watch Knautz squander the possibilities of the premise on arid subplots and extended lead time, perhaps hoping to return to the deliberate genre pacing of the 1980s. Unfortunately, there’s no suspense and the jokes aren’t funny. Once the film explodes in the final reel, where Jack slip-n-slides around after-hour high school hallways dealing with a ghoulish, flesh-hungry menace, the picture finally finds an enterprising footing to build on, making room for buckets of blood and a superb parade of triumphantly handmade horrors. If only the entire film held the same aspiration. 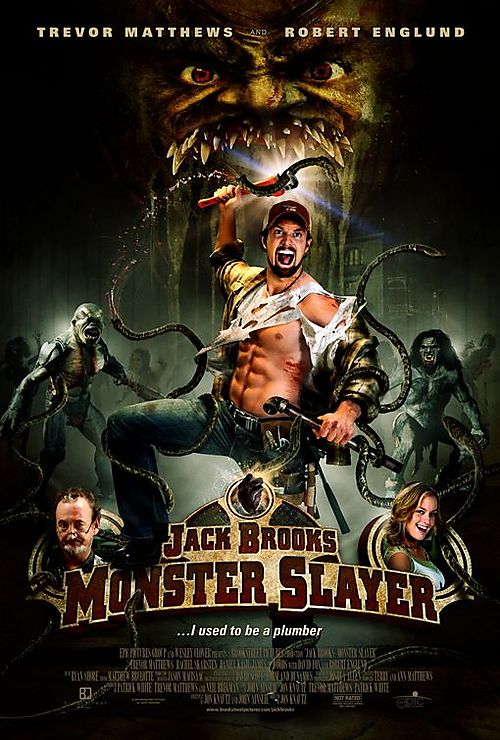