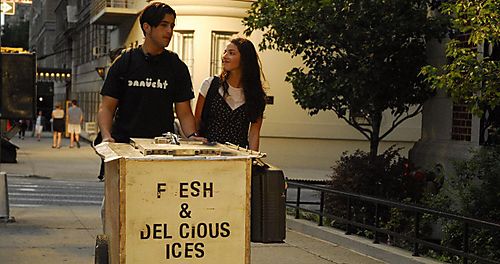 Luke (Josh Peck, “Drake and Josh”) is a hip-hop loving marijuana dealer working the sweltering streets of New York the summer of his high school graduation. One of his best customers is Dr. Squires (Ben Kingsley), a therapist who trades couch time for Luke’s drugs. The two become unlikely friends, with both men unable to process their failing lives and distressed familial situations. When Luke falls for Squires’s step-daughter Stephanie (Olivia Thirlby, “Juno”), he finds the rewarding sexual relationship he’s been desperate for, but there’s a price to be paid for such lust, leaving Luke and Dr. Squires at a loss over how to process such devastating heartache.

“The Wackness” unfolds with a warm hip-hop glow, using classics of the early-1990s to power the film with a light thump of infectious groove, from the likes of titans A Tribe Called Quest and Notorious B.I.G. It’s the first and last significant characteristic of the picture.

A coming-of-age story explored through a haze of substance abuse and relationship humiliation, “Wackness” isn’t offering the viewer a fresh take on the forlorn soul. Instead, writer/director Jonathan Levine rumbles through a checklist of dramatic formula, hoping to loop the film on a fiercely underlined retro angle to sneak the clichés through. Sure, it’s of some passing interest to see a world dominated by NES cleaning techniques and “Forrest Gump” posters, but the setting only seems to hide the film’s shortcomings. Can’t quite figure out Luke’s motivations? Well, here’s a Kurt Cobain mention to keep you involved!

That’s not to suggest “Wackness” is the “Wedding Singer.” Levine is aiming for a more soulful edge to his picture, taking care with Luke’s fragile emotional outreach and contrasting his ache with the hardened streetwise exterior. Luke is not a likeable character, but he doesn’t have to be. The rub comes with Levine’s screenwriting, which doesn’t know where to take the character beyond the obvious. He’s a loutish teenager dealing with hard-ons, poor parenting, and the baffling behavior of his makeshift mentor (and their confessional relationship), but Levine doesn’t massage enough convincing angst out of the personal chaos. Peck’s performance is appropriately wet-lipped, grease-haired, and slang-rich, but it never adds up to psychological totality. Perhaps Levine is coasting on the universal sensation of youthful heartbreak, but “Wackness” needed a stronger anchor for a lead character, not a person intended to elicit sympathy but requiring a major slap across the mouth.

While Levine works his film-school-grade visual quirks out (Spike Lee should call his lawyer), the story of “Wackness” is left in a messy bundle. Interesting opportunities are presented with Luke’s growing vulnerability, his romantic fumble with Stephanie, and his self-medicating partnership with Dr. Squires, and the only way Levine elects to deal with his provocative plotting is to drown them in chemically-enhanced melodrama. By the film’s conclusion, it appears “The Wackness” is appropriately titled. 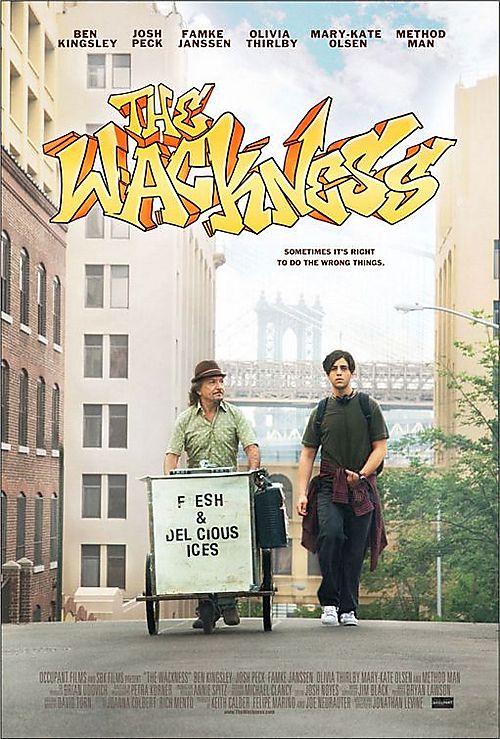