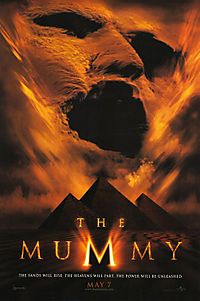 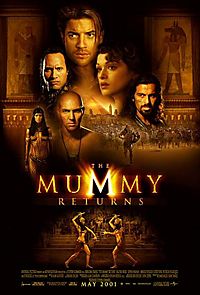 Since I'm never one to turn down a rare opportunity to challenge a past foe in the theatrical arena, my new pals at AMC’s Universal Cineplex 20 (located at the Universal Orlando theme parks) trucked in prints of the two blockbusters to help goose interest in all things “Mummy.” Why suffer all over again? Well, time is a funny thing, and it occasionally offers a new point of view that couldn’t possibly be achieved due to the blinders of youth and in-the-moment multiplex irritability. I’ve never actually craved a fresh shot at the “Mummy” pictures before, but life is too short to be furious at director Stephen Sommers forever.

I was wrong. Real wrong.

Actually, with a lovely print and a teeth-rattling sound presentation, “The Mummy” wasn’t the complete disaster my memory so firmly insisted it was. For about 45 cool, composed minutes, the film stays within delightful practical special effect limitations and drinks up every last opportunity to explore golden widescreen adventure. Sommers doesn’t know a tick about throttling his screen excitement, but everything leading up the piercing emergence of the title character from his Scarab-packed sarcophagus has a pleasant, considerate matinee vibe about it. 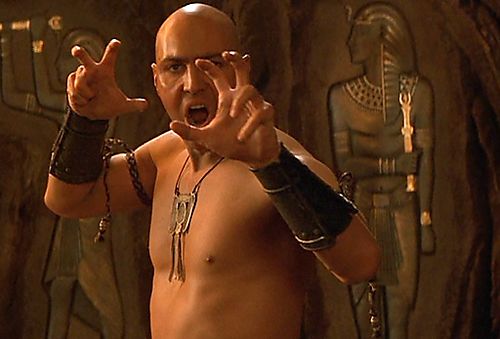 - Jerry Goldsmith’s triumphant score just slashes through this picture with the precision of a Samurai. Perhaps he was informed the feature was rabidly chasing “Lawrence of Arabia” heights, because the music is a gallant, booming thing, with dynamic themes and abyssal sonic depth. Lordy, is Goldsmith ever missed.

- Who told Brendan Fraser he was funny? Seriously. For whatever reason during the late ‘90s in Hollywood, whenever a script called for wacky, they called Fraser. I just don’t see his touted skill with a punchline. In 1999, Fraser would also gift the world “Dudley Do-Right” and “Blast from the Past.” Yeowch.

- Arnold Vosloo is perhaps the least threatening guy on the planet. The ultimate embodiment of partially-rotted violence from beyond the grave? Not when you look like a patent lawyer who just came home from an exhaustive Caribbean cruise. Eyeliner and a shaved body doesn’t scream “run!” to me.

- Rachel Weisz is a wonderful actress and elevates Sommers’s lustful base sensibilities with some infectious enthusiasm for her character’s librarian quirks. Weisz is the only human element in these bloated pictures. 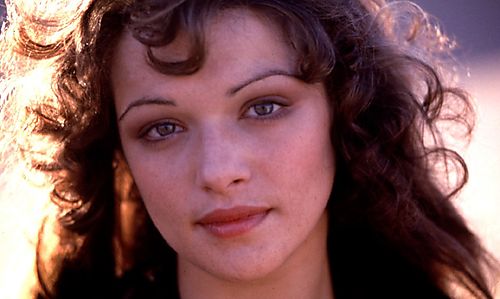 - Kevin J. O’Connor is the comic relief. Sommers could be imprisoned in some countries for this monumental casting misstep.

- “The Mummy” wasn’t a first-wave participant of the GC-enhanced fantasy adventure genre, but it certainly placed a thumbprint on how artificiality would be wielded in big-budget cinema to come. The visual fireworks here are demanding on the senses and most shots have dated poorly, but there’s a noticeable, quite curious trepidation over how far the production can take the eye candy. It’s almost cute to watch the film try to throw in more traditional means of ghoulish make-up and live-action stuntwork to find its comfort zone. This aesthetic would be severely altered in the sequel.

My faint memory of “The Mummy Returns” was simply that it was atrocious. If there was a glint of glee left behind by the conclusion of the original “Mummy,” Sommers returned with a specific mission to stomp out any hope, replacing fun with furious visual clutter. Seven years later, the headache remains.

- Boy howdy, the screenplay for this bruiser is a perfect storm of cheats, with Sommers and his gang extensively rewriting character histories to set-up a vague new adventure. Trouble is, nothing makes any sense, especially when you, wait for it, stop to think about what dramatic merit these twists actually contain. Perhaps this is why the sequel is so noisy.

- Granted, I took a cheap shot at Vosloo earlier, but after watching “Returns,” I feel bad for the guy. His Imhotep character is drastically neutered in the sequel, reduced from an all-holy undead menace to a lovesick puppy who bumbles his every last Snidely Whiplash scheme. In an effort to make room for The Rock and his Scorpion King mumbo-jumbo, the film tries to bend Imhotep into a tragic romantic figure to avoid the screenwriting plague of juggling two villains. Again, with eyeliner and a hairless, doughy bod, it’s a stretch to swallow the arc.

- The aforementioned Scorpion King? The climatic rampaging CG beast remains a howl-worthy visual effect, ranking up there with Blarp from “Lost in Space” and a majority of “Van Helsing” (also a Sommers stew) for sheer computer boobery. What was the production possibly thinking here? 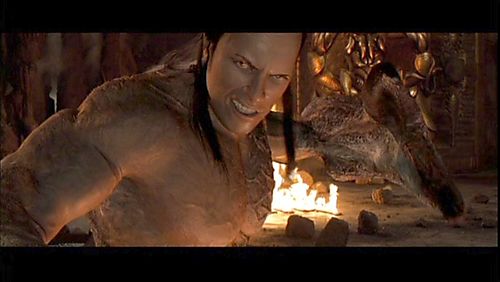 - Surely Universal made it clear to Sommers that the digital sleight of hand alone made “Mummy” a raging success, not the characters or the idyllic Egyptian vistas. This is why “Returns” is grotesquely set-bound for most of its running time, barely makes room for any personalities to shine through, and piles on the CG beasties without stopping for a breath.

- It’s interesting to notice how some post “Matrix” camerawork crept into this picture. Now there’s a goofy trend worth a DVD film fest one rainy day.

Actually, the “Mummy” films are more defeating than aggravating. I sat through both pictures peacefully, only mentally groaning from time to time, not outright retching. While the material in front of me wasn’t top of the pops, the chance to relive the “magic” inside a movie theater was a pleasurable diversion. Maybe in 10 years they’ll book “Date Movie,” “Epic Movie,” and “Meet the Spartans” for me to revisit with elder Brian eyes. 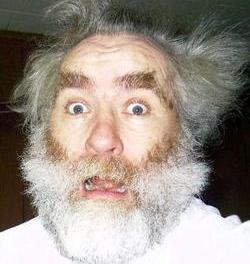 I kid. Even I have my limits.