Frustrated with their acting careers, Matt (Ross Partridge) and Chad (Steve Zissis) decide to take a few female companions, Michelle (Greta Gerwig) and Catherine (Elise Muller), up to a remote cabin where they can hammer out a horror screenplay for themselves, while also working out some tricky relationship issues. The weekend involves a serious amount of drinking, arguing, and sexual shenanigans, but that comes to an end when the killer of their script, the “Baghead,” turns out to be a real creation, showing up at the cabin to scare the foursome to death.

Written and directed by Jay and Mark Duplass (“The Puffy Chair”), “Baghead” actually kicks off on a tremendously inventive note. Skewering the frustrating, ineffective world of film festivals and their sometimes pretentious product, “Baghead” shines some enlightening perspective on the scene, deploying effective comedy bombs to generously send up nitwit indie filmmakers and their insatiable predilection for no-budget, confused statements of artistic individuality.

And then “Baghead” becomes one of those statements.

It’s hard to watch the filmmakers commit to a picture that essentially doesn’t have anything of consequence to communicate, and flounder the opportunity to hand over some satisfying genre thrills to snack on. “Baghead” consists of watching four dreadful actors try to improv their way around the film, expecting their take on human behavior to offer the picture the dramatic nutrition it needs to piece together coherently. The film doesn’t connect, preferring to battle the quicksand of personality inertia in place of convincing the audience these unemployed boobs are worth caring about or, at the very least, worth paying attention to. After the 1000th scene of drunken confessions and spilling of clichéd neuroses under the watch of a constantly zooming camera, I gave up hope the Duplass Brothers could find any ray of creative light to warm themselves with.

Once “Baghead” switches over to scare mode, there even less material for the film to mine. At this point, the picture loses whatever droplets of humor it had left and becomes a lethargic “Blair Witch” style thriller. For a film entitled “Baghead,” there’s an implicit promise made that the title character would be a crucial focal point for the production. In fact, once the threat arrives, I was praying to return to the childish mating rituals of these monotonous characters. Watching lousy actors try to express heartache through limited gifts is far more frightening than any masked, crazed killer. 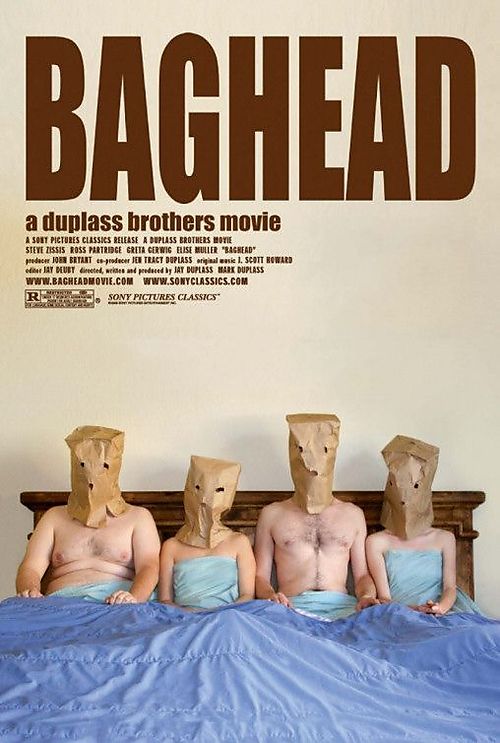