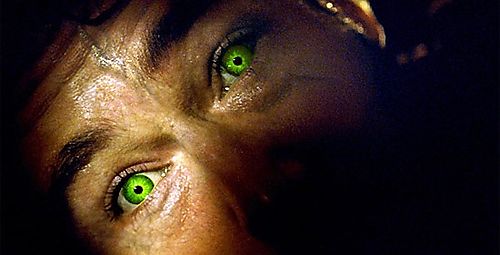 HULK SMASH! And he does in a big way in “The Incredible Hulk,” a Hollywood patch job of sorts; a production aiming to realign the comic book chi lost to Ang Lee’s angst-riddled “Hulk” back in 2003. Now, instead of heavy characterization and a glum attitude, “Incredible” reinstates the basics of the big green hero: destruction and solitude.

Hiding out peacefully in South America to keep his Gamma-induced mutation in control, Bruce Banner (Edward Norton) is looking for help to cure his affliction, trying to keep himself out of the hands of General Ross (William Hurt), who wants what’s inside Banner to create an army of super-soldiers. Heading back to America, Banner makes contact with longtime love Betty Ross (Liv Tyler), who urgently wants to help the ailing man cure himself. Hot on their tail is Emil Blonsky (Tim Roth), a brutal, unforgiving soldier who encourages the General to experiment further with Gamma poisoning by injecting him with a dose.

Now, to keep matters in perspective, I was one of the 15 people who embraced Lee’s previous take on the comic book titan. Sure, the film was glacial, contained an atrocious final reel, and refused to crack a smile, but Lee gave the property a mesmerizing screen intensity. The director took risks with Hulk and his heavy-muscled misery. Hulk didn’t smash much under Lee’s watch, but the lack of brutality offered something infinitely more demonstrative to process in a genre not known for its intellectual persuasion.

“Incredible Hulk” changes all that.

Now with orders to simplify matters, director Louis Leterrier returns Hulk to his car-throwing origins with a non-stop carousel of violence in “Incredible.” This picture is popcorn entertainment all the way; Leterrier indulges his extreme visual instincts to fashion a peppier “Hulk” for the crowds who felt alienated by Lee’s experimentation. The quest is noble and “Incredible” is stuffed with enough limb-cracking attitude to give the faithful exactly what they want from a Hulk movie.

What I’m having difficulty accepting is the price paid for such a high velocity diversion. “Incredible” is dense with exposition, but it’s all stuffed carelessly into the few quiet moments the picture barely makes room for. “Incredible” acts like a sequel to the 2003 film in the matter it plunges forward without much introduction time with Bruce or Betty, and it doesn’t allow for much bonding during the action either. “Incredible” feels paired down from a more extensive cut, with little cracks in the plot felt throughout the proceedings. Leterrier is in a hurry to get from one action sequence to the next, and while it’s all comfortably numbing, there’s not much characterization to get excited about here. “Incredible” comes off more as a wonderful video game than a meaningful exploration of the isolated soul.

Speaking of video games, “Incredible” suffers from an extremely off-putting lack of polish in the special effects department. It’s been five years since Lee’s film, not to mention the massive budget Leterrier is playing with here, and “Incredible” looks pathetically unfinished. The sweeping Hulk movement is accounted for, but the clarity is missing, with the creature lacking crucial big screen crispness. I found it embarrassing to watch at times, especially since Lee’s Hulk was such a dynamite visual exclamation point. I’d hand over all the deafening explosions that litter this film for one single scene of awe. For a film titled “Incredible,” the CG Hulk is anything but.

Granted, I’m making “Incredible” sound like a drag, and it really isn’t. It’s a spirited ride boosted by some nice performances, strong romantic chemistry between Norton and Tyler, and several swell tributes paid to the “Hulk” television series of the 1970s. When Hulk lets loose, there’s a horde of building-leveling mayhem to enjoy, and Leterrier is the right man for the job, infusing new momentum to the character and taking his trail of destruction to pleasing extremes.

Hulk faces off against a towering enemy of equal measure for the picture’s final showstopper, and, by that time, “Incredible” has sufficiently emptied its bag of tricks. It’s a persuasive, fist-pumping summer film that’s intent on returning a primal scream to Hulk, and to that end it’s a triumphant reboot. Overall, “Incredible Hulk” feels dumbed down and truncated, tossing a wet blanket over the entire film. However, it’s hard to remember such cries for dramatic nourishment when Hulk is getting pelted with a swarm of bullets, dodging fireballs, and breaking police cars in half for use as boxing gloves. 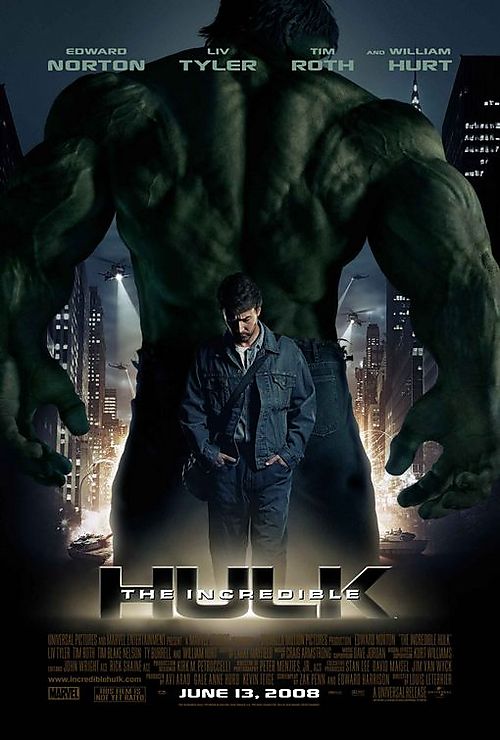 Hey, Brian. Big fan of yours reporting in.

I'm not so sure if I should accept your review or piss on it. I saw the trailers and clips leaked out, and from the evidence witnessed, this looks like an intense, action-packed film. You're on the money on the relationship between Banner and Betty, as well as mentioning the nods to the "Hulk" TV show. But I don't think, visually, anything looks bad.

Besides, Louis Leterrier directed "Transporter 2", and you sang praises.