Actor Danny McBride has stumbled his way into several supporting slots in recent years, prompting the nation to cry: who the hell is this guy? “The Foot Fist Way” is to blame, folks: a low-budget wannabe cult comedy shot three years ago, only recently graduating from underground DVD circulation to a small theatrical release. It should’ve stayed in obscurity.

Fred Simmons (Danny McBride) is a strip-mall Tae Kwan Do teacher with serious power issues, lording over his pack of students who range from children to kick-happy adults. A self-proclaimed “King of the Demo,” Simmons’s world is rocked hard when he finds out his trophy wife has cheated on him. Sent into a downward spiral of shame and anger, Simmons tries to overcome his relationships woes by working his students harder, putting his faith into a big screen martial art hero, and picking fights wherever he can.

“Foot Fist Way” is one of those quiet, unassuming comedy experiences that will either have you rolling on the floor in hysterics or praying for the film to break. I’m inching toward the latter reaction.

The film is a specialized experience, using comedy not rooted in wit or elaborate execution, but sheer stillness. It’s a one-man-show for McBride, who carries this no-budget picture all by himself; essentially using the 80 minutes allotted to him here as a semi-professional demo reel. Well, it worked, as the actor has graduated to bigger and better things since “Foot Fist” shot years back, but his heckler-style comedy is an acquired taste.

In fact, there’s really no way to enjoy “Foot Fist” if McBride’s acting repels you. Director Jody Hill doesn’t have much of a story to work with, instead following Simmons’s adventures episodically, much like a tedious sketch comedy show. And the humiliations the character endures are oddly uninspired diversions, with Hill attempting to bleed any drop of hipster whimsy out of scenes and often coming up short. “Foot Fist” has a simple recipe: Simmons brags, Simmons is defeated, and Simmons recovers. The picture cycles through this formula ad nauseam, losing the comedic momentum along the way.

Since “Foot Fist” deals in clique comedy, Fred Simmons will certainly register as an underground cinema god to those with a sharper ear for this level of specialty. My antennae couldn’t pick up the frequency this picture sends out, and while I didn’t find “The Foot Fist Way” distasteful in any way, I couldn’t help but feel helplessly bored by its every move. 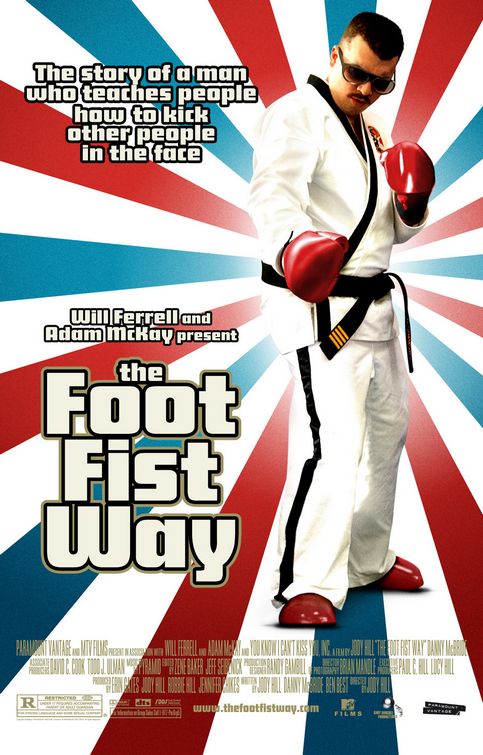