“Missed it by that much!” is the classic line from the “Get Smart” television series and could easily describe the latest big screen incarnation. A woefully uneven motion picture, “Smart” is a misfire, but not entirely ineffective.

When Siegfried (Terence Stamp), the leader of KAOS, engineers a massive plan to sell nuclear weapons to all of America’s enemies, it’s up to the agents of CONTROL to stop him. However, almost all of those agents have been assassinated, forcing The Chief (Alan Arkin) to promote analyst Maxwell Smart (Steve Carell) to spy duty as Agent 86. Paired with Agent 99 (Anne Hathaway), the duo partake in a little globetrotting to sniff out KAOS’s plans, while a peculiar competitive/romantic chemistry forms between them. When matters go from bad to worse, it’s up to 86 and 99 to thwart KAOS’s evil scheme and save the world from certain doom.

Based on the marvelous 1960’s Bond satire show, the big screen “Get Smart” voyage has a devil of a time trying to decide what sort of film it wants to be. The television series was a slapstick creation, though frosted with black humor and now quaint cold war undertones. “Get Smart” the movie is trying to play by more predictable multiplex rules, and the result is a schizophrenic affair that reaches for belly laughs, shovels in famous references, and stages blow-em-up action choreography all at the same time.

Director Peter Segal is trying to pull off too much with “Smart.” It’s a complex take on a simplistic series, attempting to find some action heat beneath all the silliness. Segal certainly has great ideas for bullet-dodging set-pieces, but the picture indulges mayhem much too often, inadvertently handicapping Carell and the cast, who have the unfortunate task of keeping things light in a film that doesn’t allow much time for such luxuries.

A “Get Smart” movie without laughs? A strange concept, but one this feature almost achieves. Don’t get me wrong, Carell makes for a fine Smart, picking up nicely where Don Adams left off, though a resuscitation of Adams’s more famous catchphrases feels a little superfluous. Carell finds new verve inside of the character, removing his dim-wittedness and replacing the void with an intriguing confidence. The actor is home with Smart, sharing pleasing chemistry with Hathaway and Arkin (who nearly steals the movie) and, aside from the painful series references, makes the character his own. Granted, it’s a carb-panicky, anal analyst take on Smart, but it’s not a methodical piece of Adams mimicry, and that’s a blessing.

There are fragments of satisfying absurdity that poke through the smoke Segal leaves behind, but it’s not enough to make for a rewarding sit. “Smart” is chasing too many differing tones and nothing clicks, leaving the film a pile of unfinished moves. It’s a distracting aesthetic, lessening the impact of the comedy and action by trying to please every member of the audience.

Perhaps the television “Get Smart” wasn’t a diamond of quality, but there was a certain indefatigable silliness about it the film doesn’t know how to recreate. It forces the production to employ standard summer fare moves, and it robs this eager film of delight. “Get Smart” isn’t bad, just underwhelming, trying on too many tones without seeing any of them to satisfying conclusions. 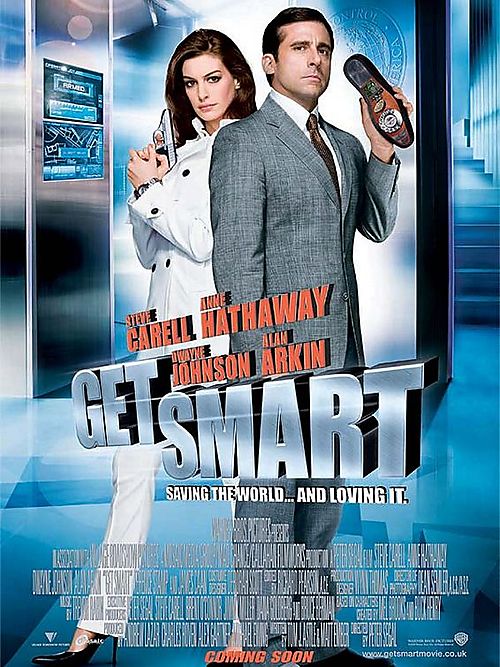