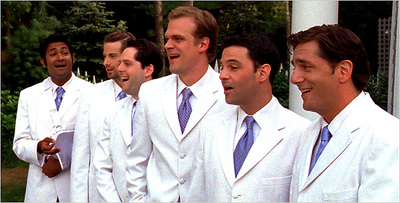 In the 15 years since their college glory days, the members of a vocal group (think a more angsty Rockapella) have all succumbed to the horrors of growing older. Still bound together by their love of music, the group is reunited when one of their own is about to be wed. Meeting again in the Hamptons for the long weekend leading up to the ceremony, the group embarks on an odyssey of painful reminiscing, pranks and jokes, and confronting the bumpy marital and sexual realities of their lives.

“The Wedding Weekend” has a marvelous personality to it that does wonders to alleviate the problem areas that plague the script. It’s frothy, sitcom entertainment plugged directly into the lost youth mentality of such past classics as “The Big Chill.” However, “Weekend” is a modestly budgeted picture that strains mightily to overcome its tiny production value with a song in its heart and yappy characters that don’t know when to quit conversing.

Television comedy writer/director Bruce Leddy uses his verbose script as the sled dog team to pull “Weekend,” writing both philosophical issues concerning the insecurities of advancing age and light slapstick fare that doesn’t offend but isn’t terribly humorous either. It’s an erratic piece of scripting that starts off strong exploring the secret desires and worries of the characters though comedic interchanges and a loose dinner party atmosphere. The fun doesn’t last for long, with Leddy taking detours into domestic abuse, prostitution solicitation, and suicide as a way of opening the aching heart of the movie and exploring the real world pain of these men. I never bought a minute of it.

Too much of the dramatic material seems born from a writer following a screenplay handbook. “Weekend” is better and miles more confident staying fluffy and agreeable. Leddy could still attack growing pain confessions with a lighter touch, but he doesn’t trust himself, and late-in-the-game jabs at melodrama stop the film dead.

Leddy has better luck with a majority of his cast, who add to the playful mood of the film with their chipper spirits. Of course, this excludes the acting job from Reg Rogers, who combines the line delivery of Nathan Lane and the swagger of an intoxicated Armand Assante to create a character any viewer in their right mind will want to reach into the screen and slap. Thankfully Molly Shannon, here as an undersexed housewife frustrated with her doltish husband, adds a dash of zing to the film with her spastic one-liners and frank sexuality.

Perhaps “The Wedding Weekend” suffers from a lack of attitude, but it is an amiable sit. Besides, when was the last time you saw a film that featured men singing for the sheer pleasure of the moment? It’s that type of sincerity that helps get this movie through some rough patches. 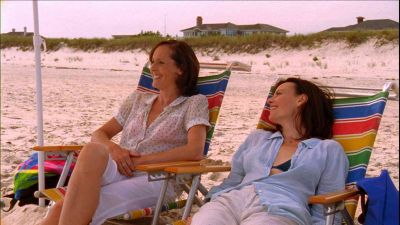 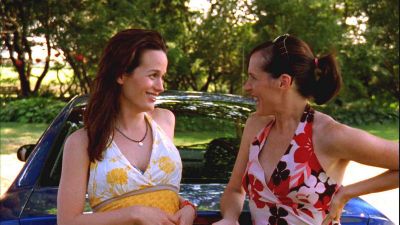 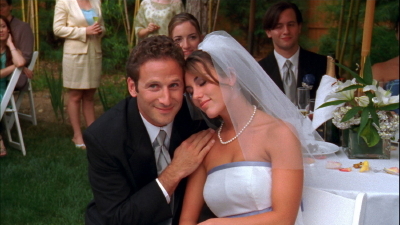