Film Review: The Art of Travel 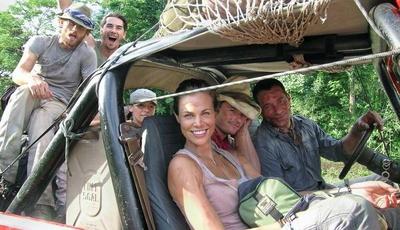 For some, traveling is defined as movement from location to location in as little time as possible. For others, traveling is merely the first step toward greater self-exploration, where adventures can teach and motivate the soul to higher plains of consciousness. “The Art of Travel” is an indie film that explores the very nature of wanderlust, and how it informs character and transforms life. It’s filled with familiar dramatic footprints, but “Art” remains something worthwhile and unexpectedly delicate.

Catching his fiancée in a compromising position, Conner Layne (Chris Masterson) ditches his betrothed on their wedding day and boards the first plane out of the country. Ending up in Nicaragua, Conner is overwhelmed by his vacation decision, but quickly soothed by his fellow travelers, who push the young man to challenge himself by abandoning his comfort zone and taking on new challenges. When a week away soon becomes years, Conner struggles with the concept of settling back down and returning home, trying to imagine a world without the constant life-altering experiences he’s grown accustom to.

“Art of Travel” is truly about the simple pleasures in life. It’s an unpretentious motion picture, endeavoring to construct the journey of a sheltered teenager as he grows into a knowing, mentally-porous adult. The direction by Thomas Whelan reaches for poetry and achieves an even flow of culture shock humor and gentle Zen-like absorptions of experiences. It’s a sturdy directorial job for a difficult movie; one that wants to spread the idea of travel as the ultimate cotton swab of life, but also engages in good times to keep the less spiritually open audience members awake.

The lighthearted moments of Conner’s early days in foreign lands hold the most wildly appealing material. Scenarios with Conner facing erratic shower facilities, the culture of petty crime, and his interactions with some sexually-minded fellow travelers lend the film some decent laughs before it all starts to slip into solemnity. Once Conner meets up with a pair of Americans (Brooke Burns and Johnny Mesner) looking to clear an unimaginable path through dense South American forest, “Art” settles down and begins to itemize Conner’s revelations and obstacles. The transition isn’t jarring, but a certain playfulness is left behind the film could’ve emphasized further down into the story.

While I’m not convinced Masterson has the gravitas to sell Conner’s more insular struggles of the soul, I did enjoy his performance, which does thankfully pull the actor away from his “Malcolm in the Middle” legacy and into more promising actorly fields of emoting. He’s a solid center for this relaxed movie, helping the story get through thin-ice plot turns (an encounter with violent jungle Guerrillas lacks credibility) and substantial time jumps.

“Art” eventually turns romantic, focusing on Conner’s relationship with traveling pal Anna (Angelika Baran), and steps even further away from what makes this movie feel special: the restless soul. The arc is performed nicely and it fits a very specific thematic need in Brian LaBelle’s script, but it also restrains the picture from further wonder. “Art of Traveling” is a dynamic travelogue, with gorgeous locations and fascinating psychological issues to address, so it seems only appropriate that when it stops to explore a stagnant life, the film feels impatient to move on to the next adventure. 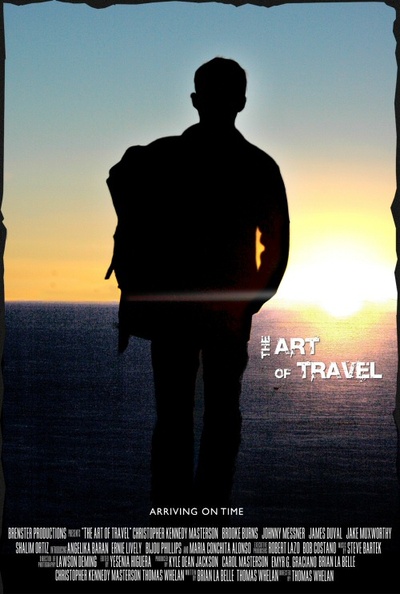 Thanks a lot of.