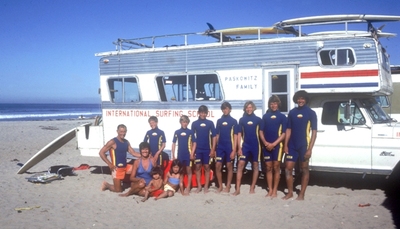 “Surfwise” is as much a documentary about an eccentric family as it is about a dream shattered by the persistence of reality. The story of Dorian “Doc” Paskowitz and his extensive brood starts off harmlessly enough, but once the outer layers of kindness and nostalgia are penetrated, the film transforms into a powerful document of familial agitation and disillusionment.

Dorian is not a man with a life that can be condensed easily. Now in his late 70s, Dorian is an advocate for building strong bodies and minds, taking his teachings and adventures with his family and molding them into a mantra of sorts for a life lived with strict adherence to diet and motivation. Dorian is also surfing royalty.

Directed by Doug Pray, “Surfwise” is essentially a history book of Dorian’s life, detailing his early years as a beachside Adonis and his growing desire to spend as much time as possible in the sun. You see, Dorian had a stable life ahead of him: medical school at Stanford, a marriage, and jobs that offered him stability unlike his family had ever seen before. Yet Dorian didn’t want any part of it. It was only a matter of time before he would shed his skin and become a new man who treated the mainstream as poison to be avoided, heading inward to build a life on his own terms, spreading as much of his seed as possible to set the foundation.

The result of his newfound labor was the birth of the Paskowitz Family: Dorian, his Mexican-American wife Juliette, and their nine children. Raised by Dorian’s loose adherence to rules, the family puttered around America in a 24-foot camper hunting for beaches and challenges without the interference of the outside world. They were a devoted family of combustible personalities, yet they all shared a common language: surfing.

It’s a rather amazing story Pray has assembled here out of shattered memories, painting a portrait of a family trapped in their own insignificant mythmaking, who spent so much time together it eventually tore them apart. It’s an almost respectful dysfunction, led by Dorian’s upbeat but cutting attitude toward life and his distaste for apathy. He’s a man who spent his years trying to compel the populace, and by fathering so many children, it appears he wanted to manufacture his own cult of followers, sent out into the world to preach the Paskowitz way.

The sordid details are the highlights of the documentary: the daily meal was a brutal gruel both healthy and cheap, the kids were withheld from traditional schooling, Dorian and Juliette would engage in sexual intercourse near (or in front of) the kids, the living conditions were in constant disrepair, and competitive streaks were red hot between the boys of the family. The Paskowitzs were a traveling circus of unease, held together by Dorian’s faith in nature (he would often base his behavior on apes), and eventually the opening of a surf school in 1972 that channeled the passion of the family into something constructive and settled.

Pray concentrates on Dorian’s input for the first two acts of “Surfwise,” but soon the interviews encompass the entire Paskowitz clan, and this is where things sour quickly. Once the kids start to have their say, they remain respectful to their father’s accomplishments, but boil underneath their passive surface. Robbed of a proper education, normal social interaction, and subjected to abuse (a subject Pray absurdly avoids confronting Dorian about), the kids are a fragmented bunch, having been raised together so intimately that today they can barely stand the sight of each other.

“Surfwise” is a captivating documentary highlighted by some significant scenes of naked confession and an overall portrait of misplaced intelligence. Dorian was looking for a new path to raise his family and build his kids into exceptional and productive individuals. In a sense he succeeded, but it didn’t take long for natural teenage rebellion to take hold, leading the picture into uncomfortable areas of conflict, but psychologically dense and intriguing areas nonetheless. 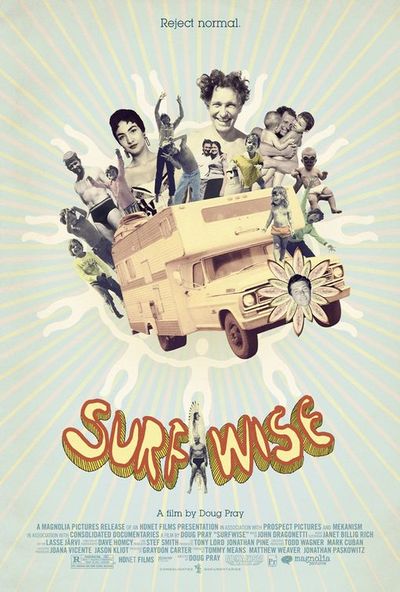