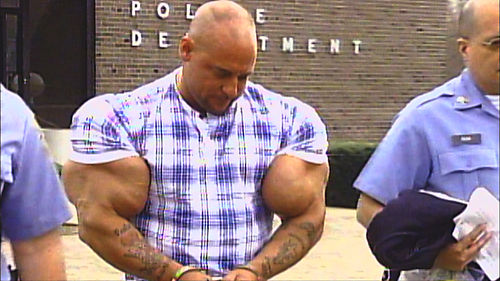 Like many impressionable kids of the 1980s, Chris Bell wanted to emulate his wrestling idols, including the outrageous tearaway-shirted one, Hulk Hogan. Unlike many kids of the 1980s, Bell and his two brothers took the extra step and embarked on a bodybuilding career to toughen themselves up and reach goals previously thought unattainable. It didn’t take long for Bell to learn the ugly truth behind dominating physical achievement.

“Bigger, Stronger, Faster” documents Bell’s journey of discovery as he struggles to understand why so many popular and aspiring athletes turn to anabolic steroids and other performance enhancers to “cheat” their way to the top. To Bell, the recipe for success was simple: eat your vitamins and say your prayers. However, after years of toiling away on the weightlifting circuit trying to achieve the perfect body, Bell discovered that it takes more than a couple of Flintstones chewables to position himself as a competition brute.

“Bigger” is a convincing argument for sporting disgrace. The way Bell sees it, the taint of enhancement is everywhere these days; professionals are routinely coming under fire for usage of steroids, only to deny what is patently obvious. The juice is loose, and the past 20 years has seen a surge of opportunists trying to sneak in and exploit the largely American-bent need to dominate at all costs.

The unfortunate kink in the legitimacy hose of “Bigger” is Bell, who places himself in the Michael Moore role, taking the camera with him to investigate the bitter ‘roid-world. Bell isn’t much of a camera presence, and he’s an even worse journalist, but his ambitions for this documentary are commendable and, at times, incredibly eye-opening.

The puffed finger of blame extends beyond professional wrestlers (the Chris Benoit story is rightfully covered) to investigate Ben Johnson, Lyle Alzado, the failure of the U.S. government to properly deal with steroids (not to mention the wild west atmosphere of the performance enhancer industry), the death of the classic Gold’s Gym era, and the modern-day juicing nightmare known as professional baseball. What, you didn’t really believe that endless shattering of home run records was a result of actual talent? Bell has his doubts too and it makes for a fascinating portrait of fractured fandom and underhanded glory. However, Bell reserves his largest wellspring of disappointment for Arnold Schwarzenegger.

Before he was crowned the King of California, Schwarzenegger was a body builder, and, at one point, was refreshingly honest about his steroid abuse. For Bell, this was a crushing blow; a reveal of deception from an idol, turning a hero into a hypocrite as the political machine swooped up The Arnold and molded him into a role model for physical fitness and celebrated his jewel-encrusted achievement of the American Dream. Does this mean that steroids should ultimately be tolerated? It’s an interesting questing Bell deals with meticulously.

Eventually, “Bigger” narrows its spotlight to Bell and his emotionally damaged weightlifting brothers, who admit they’ve used steroids and show little shame, even promising further abuse to manipulate results. Obviously, this is Bell working out some of his personal demons, but the intimacy is welcome, showing Bell’s family as a loving group who can’t seem to shuffle past their addictions. In many regards, steroids are the death of honesty to Bell, who shapes the movie as a dirge for organic sporting achievement. It’s impossible to disagree with the sentiment after watching his take on the relentless enhancement of America and the blurring lines of true achievement. 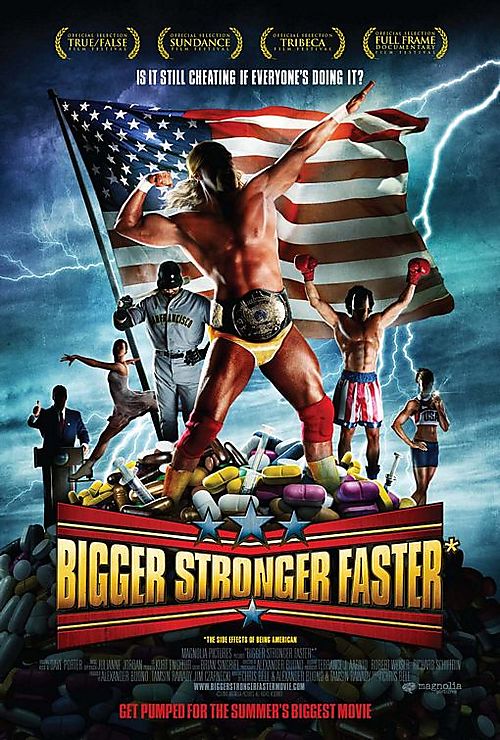 I found the Bell family utterly fascinating, especially the mother. The scene where she uses an Oreo cookie as the basis for a life lesson is a classic.