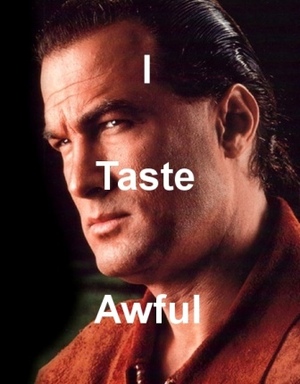 I was out shopping at the local grocery store some time ago when I spotted a colorful aluminum can that stopped me dead in my tracks. It was something that I never expected to see in my lifetime, or, frankly, couldn’t believe existed, like a two-headed frog or that atrocious "Day of the Dead" remake coming out next week.

Yeah, who knew Steven Seagal has his own energy drink? 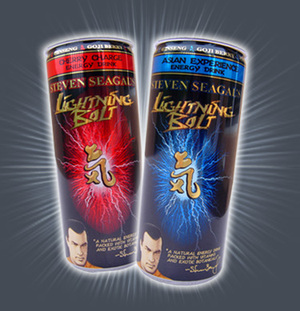 As an action god of the 1990s, Seagal was an imposing figure of hurt. He swatted away bad guys by the thousands, refused any sort of traditional acting techniques, and restored much needed splendor to the greaseball ponytail look. Growing up, Seagal’s movies were the Rolls-Royce of cheap thrills, partially because it was taboo R-rated material I shouldn’t have been exposed to, but his early forays into neck-cracking cinema have managed to hold up as mild retro cheese today. However, anything after 1995 (and that’s being generous) is lost to the unforgiving winds of insane Hollywood ego, my exodus from puberty, and the one-man-takes-on-entire-suburb-of-pussies action genre’s gradual descent into DTV land.

To see Seagal roll his inflated carcass around today doesn’t exactly trigger my sympathies, but I do find it demoralizing that this once indestructible guy would let age and the allure of second helpings punt his image right into the dumpster.

Now a pop-culture punchline, Seagal turned his attention briefly to the creation of the "Steven Seagal's Lightning Bolt" energy drink. Attempting to muscle in on the baffling popularity of caffeine-loaded sodas, Seagal stands apart from the rest of the competition being the one brand that’s actually experienced feeling up Kelly LeBrock in her prime. For that alone, I bow to the “Bolt.”

Believe or not, I’ve never tried Red Bull (my heart pumps frighteningly fast enough already, athankyou), so Seagal’s liquid would break my energy drink hymen, so to speak. My selection was “Cherry Charge;” 16 potent fluid ounces that Seagal promises is “a natural energy drink packed with vitamins and exotic botanicals.” I’m not entirely sure what botanicals even are, but I trust Seagal has my best interests at heart. Funny thing is, the drink doesn’t even have caffeine in it, just twigs and berries, and probably a dab of Screwface's blood for taste.

Here’s the treasure within: 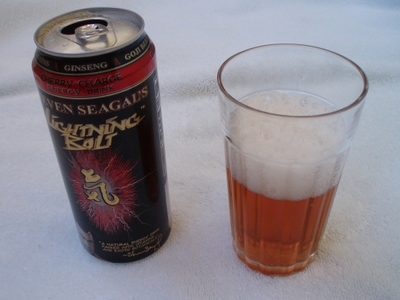 Permit me a brief moment of pure cuteness: I would say the taste of this swill was “Hard to Kill,” leaving my taste buds “Under Siege,” and forcing me to make an “Executive Decision” to promptly spit out the drink in disgust. *pause for laugh*

Truthfully, the beverage tasted like a juice box left in the back seat of a minivan for a long summer day, making me a bit wary of Seagal’s claims of “natural” ingredients. The faux-cherry flavor was a little too strong, as if it was trying to cover up a more pungent tang that was present during testing. Not that I’m an energy drink connoisseur, but Seagal’s disappointing selection failed to pummel my senses or lift my spirits. Much like “Exit Wounds.”

There’s a second flavor on the market cryptically labeled “Asian Experience.” I’m not mentally prepared enough to even consider what that must taste like. I think one test run is more than enough with this vile brew, and cherry is as far as I go.

It turns out there’s something Seagal is worse at than feature-film direction and that’s being an energy drink architect. Bless his gigantic, bacon-clogged heart, but he’s better off letting stuntmen run into his fists than trying to wean the youth off their precious idiot fuel. 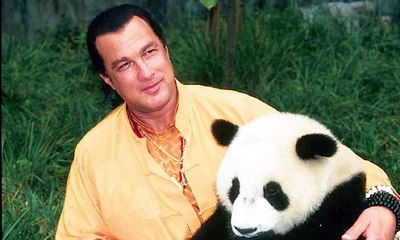 Try it with vodka and a splash of OJ and grenadine. It's delish.

Its a funny blog but in fact i did the same thing and bought it and it is definalty a different taste but with ice it is really refreshing i like it, its all down to personally taste i guess best wishes Deano