Film Review: Where in the World is Osama Bin Laden? 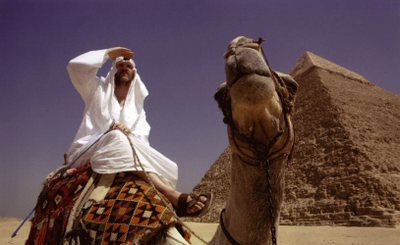 It’s impossible to take Morgan Spurlock seriously as a big-screen documentarian. Clearly he comes from the Michael Moore school of “infotainment,” only without the sharp wit or, frankly, compelling subject matters. If you thought nailing McDonalds for unhealthy eating standards in the 2004 film “Super Size Me” was an easy target, wait till you see Spurlock going after global terrorism.

The crux of “Where in the World” is the hunt for Osama Bin Laden and the reach of the deadly terrorist organization al-Qaeda. Spurlock, with his pregnant girlfriend in tow, wonders how his beloved world could’ve gone so far astray; he questions how 9/11 emboldened radical Islam into declaring war against the world and how it is that American technical might has failed to find Bin Laden after all these years. So Spurlock does what any responsible man does when faced with a pregnant loved one: he ditches her to spend months traveling around the Middle East documenting an already dog-eared subject.

“Where in the World” is an incredibly uneven film, revealing the limitations of Spurlock as a film director. In front of the camera, Spurlock is calm and assured, well-versed in milking an unexpected moment for a laugh or dramatic punctuation point. It’s behind the camera where the director finds the most trouble, trying to shape “Where in the World” into a comedy about terrorism (at least for lengthy sequences of the picture). With help from crude animation and inspiration culled from video game imagery, Spurlock goes hog-wild during the first reel of the film. Perhaps fearful audiences will find the subject of international slaughter too discouraging, the director drinks a gallon of wacky juice and lets the film tear off, including, among other wild visuals, a cartoon video of Osama dancing to “U Can’t Touch This.” The groans are quick to follow.

Once “Where in the World” sobers up and Spurlock actually manages to form a cognizant thesis on the headspace of the Middle East populace, the picture finally saddles up some interesting ideas on America’s tarnished reputation. Wondering around the streets of Morocco, Saudi Arabia, Israel, and Afghanistan, Spurlock interviews the common man, jokingly looking for clues to Bin Laden’s whereabouts (most interviewees nervously blow the question off); however, he quickly cuts out the cute to expose how these citizens endure under religious oppression, political corruption, and questionable media saturation. Not surprisingly, Spurlock doesn’t reach very far, and the finest sequence of the film features the production crew slowly being surrounded and violently harassed on the streets of Tel Aviv, to a point where the police are called in. It’s the only spontaneous moment in the picture.

Discussing the birth of modern terrorism and the hypocrisy of the American government, there’s little new information to be found in “Where in the World.” The film hinges on Spurlock’s personality, but he’s such an obnoxious guy, and the whole sympathy ploy with the unborn baby (gushy phone calls are exchanged between the couple) is somewhat deplorable, since, ostensibly, Spurlock is putting himself in harm’s way just to walk in already established journalistic footprints.

Does Spurlock find Osama Bin Laden? Well, that’s a spoiler, but I will say that “Where in the World” tries to find an alternate note of hope to summarize with, extolling the wonders of the global community and the common desire for peace. Spurlock’s intent is pure, but his filmmaking needs to artistically mature before anything he says can be taken seriously. 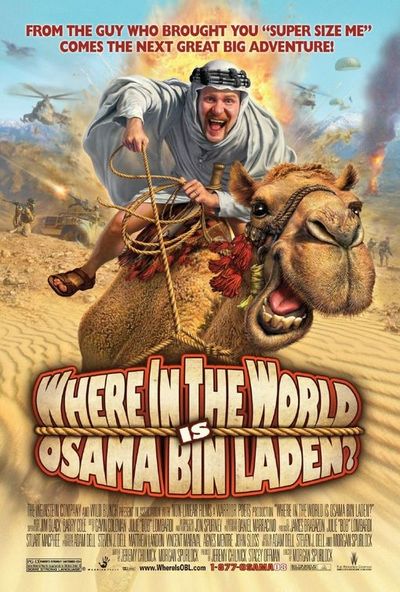