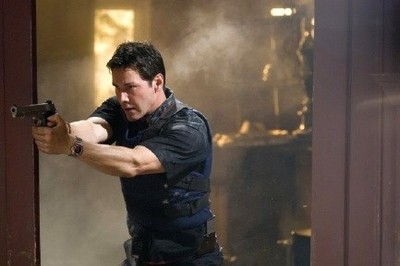 Police corruption is roasted over an open fire in “Street Kings,” the latest motion picture to look into the black heart of the LAPD and come out confused, covered in blood, and gasping for air.

Tom Ludlow (Keanu Reeves) is a burned-out, alcoholic vice cop who specializes in bending the law to suit his crime-solving needs. Under the care of Captain Jack Wander (Forest Whitaker), Tom’s sins have been covered up for years, keeping him tight with his fellow officers (including Jay Mohr and John Corbett) and allowing him a lawless existence that’s turned into a prison. Now, when his former partner-turned-informant (Terry Crews) is killed in a vicious convenience store attack, it instills Tom with a newfound twitch of moral fortitude, and he sets off to hunt for the killers with the help of a young detective (Chris Evans) who’s eager to partake in a clandestine investigation.

I’m having trouble classifying “Street Kings” as a “good” film, but it sure is persuasive. A violent, gritty citywide journey into the dark brotherhood of L.A. cops, the film won’t win any awards for originality, yet the execution of the feature rumbles with a convincing rage. Director David Ayer has spent most of his career working around police thrillers (writing scripts for “Training Day,” “Dark Blue,” and “S.W.A.T.”), and the history informs “Kings” with a fascinating level of detail, paying specific attention to police shorthand and procedural frustrations. Ayer understands how L.A. moves, but finding a suitable screenplay to match this wealth of knowledge is where “Kings” cracks its crown.

The screenplay, credited to three writers including the great James Ellroy, is a juicy selection of intrigue and paranoia, placing Tom in the middle of a tornado of evidence tampering, the attention of internal affairs, and his own self-loathing, which has thickened his skin to such a degree that he barely comprehends injustice anymore. The script is ripe with tongue-twisting dialogue and rotating motivations, and it’s too much for Ayer to handle at times. Outside of the fact that giving Reeves platefuls of complex technical language is a mistake (he’s a fine actor, but needs to be wielded carefully or his limitations are revealed quickly), “Kings” doesn’t know how to unwind itself; it prefers an excruciating “Bond villain” explanation in the third act to untangle the complex plot, severely undercutting the labyrinthine structure of the earlier scenes.

By the end of “Kings,” Ayer hands the material over to operatic sways of spastic melodramatic acting (I think Whitaker is convinced he’s in a silent film) and semi-believable turns of logic. The network of corruption that “Kings” itemizes is compelling groundwork for something more intellectually explosive than the action film clichés of the final stretch, and the film loses much of its zest when Ayer scrounges for an ending that can both satisfy and stimulate.

“Kings” is far from perfect, and perhaps I was too caught up in the forked-tongued ballet of facial-haired machismo to notice the picture failing to connect the dots in a secure fashion. However, it does provide a compelling, edgy ride around the underbelly of life, worth the trip to bask in the tough-guy bloodshed and bullet-riddled nightlife of Los Angeles. 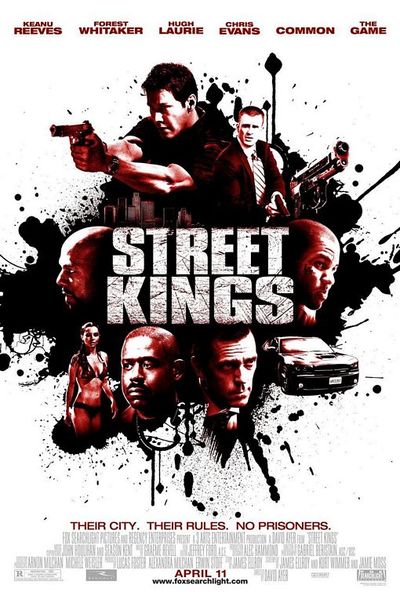