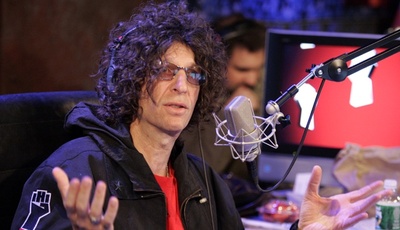 When I woke up this morning, I was greeted by a very nice e-mail that stated my negative review of the “Stuttering” John Melendez film “One, Two, Many” was read by Howard Stern on the air minutes ago.

I thought the guy was kidding.

Turns out Stern did indeed read my review of the film, and it went...OK. Personally, I think the whole situation is hilarious, and there’s small part of me that loves the discomfort the review created in a room brimming with sensitive performers. It drives Colin Quinn nuts, and that tickles me greatly. However, problems come when Howard doesn’t identify me by name (a bummer) and fumbles the source of the review (it’s NOT Amazon).

If the review seems harsh and “cruel,” you should try sitting through the actual film. I was being as nice as possible when I wrote my critique. That John Melendez is not an actor.

Also, the language is harsh, so fair warning. NSFW! 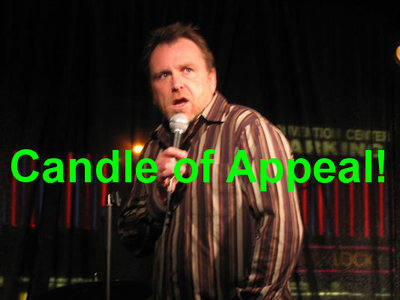 OMG this is brilliant! You HAVE to call into the show and defend your position. How rude of Colin Quinn to insist you have no sense of humor.

By the way, "Beer League" stunk, despite all their comments.

Stern read a column I wrote about him years ago on-air ... one of the highlights of my life (he even made fun of my last name - Toto - as did Robin). My skin is thicker than Colin's apparently.

Congrats on the Stern mention, and do contact them. Could be a good bit and you'll have a blast with it.

Man, that's awesome! I listened to it before reading the entire post and I thought that was the voice of Artie Lange who didn't like your "candle of appeal" line. But that's even better that it's Colin Quinn. I was actually just wondering recently what the hell Colin Quinn has been doing since his Comedy Central show was cancelled.

Nice going man, and like the others said, try contacting them and see where it goes!