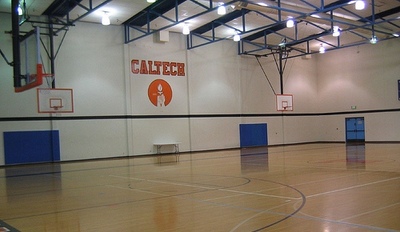 The California Institute of Technology is known primarily as the home to some of the most intelligent people on the planet, preparing them for lives of extreme innovation and leadership. They also have a basketball squad called the Beavers; a team that hasn’t tasted victory since Ronald Reagan was our president.

Director Rick Greenwald documents the highs and lows of the Caltech basketball team in “Quantum Hoops,” a pleasurable feature film that can’t help but fall in love with these perennial losers. Since the mid-80s, Caltech has lost 243 consecutive games, most by an average margin of 60 points. In some cities in the south, that’s an offense punishable by crucifixion. For Caltech, it’s just another day on a basketball court.

Considering the unreal pocket of defeat discussed here, “Hoops” remains an upbeat, comical documentary chronicling the legacy of Caltech sports and where the team stands today. The heart of the picture is the 2006 squad, made up of talented players who have allowed the Beavers to close the point gap on several of their opponents. The electricity is in the air: this will be their year, with Greenwald interviewing the players and Coach Roy Dow, probing these poker-faced personas to share their thoughts not only on a potential victory, but the experience of playing for a team known largely for horrific losses.

The current team’s woes can only push “Hoops” to a certain running time, leaving Greenwald to turn his attention to history. You see, Caltech wasn’t always the definition of sporting defeat. During the golden years of the 50s and 60s, the college flourished with various athletic triumphs, leading to national attention. “Hoops” meets some of these famous men, who warmly recollect their time in the spotlight and share lasting memories of their unique Caltech experiences.

The spine of “Hoops” is the discussion of education. Most of these men didn’t arrive at Caltech with a drive to be a hoops star; they’ve come to feed their mind, finding basketball an outlet away from the books and place of social function. “Hoops” nurtures the theme of intelligence throughout the film, presenting examples of alumni who went on to become giants of science and education, creating a better appreciation why these decades-long losing streaks are tolerated.

Narrated with wonderful highball sincerity by David Duchovny, “Hoops” comes dangerously close to becoming a flat-out commercial for Caltech with such loving attention placed on the school’s achievements and status as a home for the academic elite. The film even pays a visit to dorm life (nicknamed “Hogwarts for scientists”), showcasing the students who spend their days dreaming up complicated beer-fueled engineering adventures to rival their classroom challenges.

All storytelling stops cold for the final 20 minutes to isolate the game between Caltech and Whittier College, where the Beavers find themselves with the chance to end the losing streak and bring glory to the campus. It’s a nail-biting sequence that’s filled with a level of tension reserved for only the finest thrillers. It also closes the film on a note of hope: win or lose, Caltech remains an extraordinary campus of intellect and consistency, either on the basketball court or in the classroom. 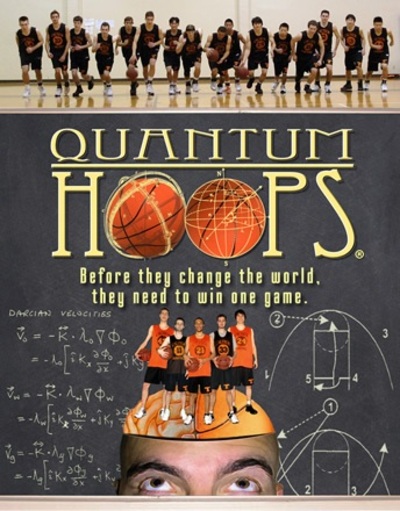