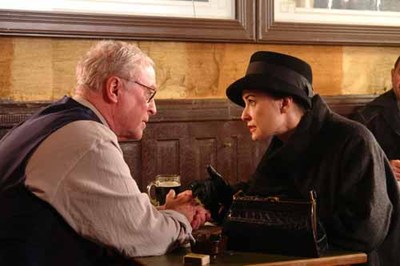 “Flawless” doesn’t move the heist genre forward as much as it bathes in the warm waters of the familiar. It’s a solid piece of entertainment, perfect for those who love their thrillers portioned out reasonably and their mysteries easily arranged.

It’s 1960 and Laura Quinn (Demi Moore) works at the London Diamond Corporation, frustrated that she can’t get ahead when she clearly holds the best ideas for the company. Dejected, Laura finds a friend in custodian Hobbs (Michael Caine), a jovial man nearing his retirement and tiny pension. One day, Hobbs proposes a plan to Laura: take a few diamonds from the vault and walk away with some spending money, not to mention some dignity. At first Laura is horrified by the offer, but she cannot deny her frustrations and eventually agrees to help Hobbs pull off the robbery. However, once the plan is executed, it’s revealed that not just a few but every diamond was taken from the vault, leaving Laura in a state of panic and Hobbs an enigma as a police investigator (Lambert Wilson) is called in to solve the case.

Surely there’s nothing wrong with an evening of comfortable, wooby-like entertainment, bolstered with some big stars and flashy screenwriting. “Flawless” is safe, and that’s a great place to be when dealing with diamonds and switcheroos. Director Michael Radford (“Il Postino”) assuredly guides this mystery of sorts, reveling in the opportunity to evoke straight-arrow, cigarette-smoke-clouded London at its most sexist and uptight. These are impeccably dressed, small-minded money men, and Radford creates a frosty atmosphere of agitation as Laura has to rub up against these cruel bastards to get ahead, only to return to her empty home and wash away her frustrations every night.

Screenwriter Edward Anderson impressively builds the characters first, getting the audience comfortable with their motivations before the stealing commences. Now, this is hardly “Ocean’s Eleven,” but there’s a robust spirit of suspense as Hobbs carries out his plan, slipping around marble hallways and timing his moves to the second to avoid the security cameras. These are small-scale theatrics, folks, but “Flawless” remains a tension-filled affair, even when you’ve seen this dance in a zillion other movies.

Radford squeezes the heist for every drop of blood, and once the film switches over to investigative/paranoia mode, “Flawless” loses a bit of its luster. It’s not the performances, as Caine and Moore make for an interesting pair, but the film loses steam once the thievery has concluded and the excitement drains. Wilson steps in to add some panache as the guard dog nipping at Laura’s heels, but the slight romantic interest twist included there should’ve been shot down at first sight.

Ultimately the revelations are a letdown, but that doesn’t stop “Flawless” from remaining a sizable helping of mainstream entertainment. It’s a satisfying picture enhanced by a few great sequences, and proves there’s still plenty of life in heist cinema. 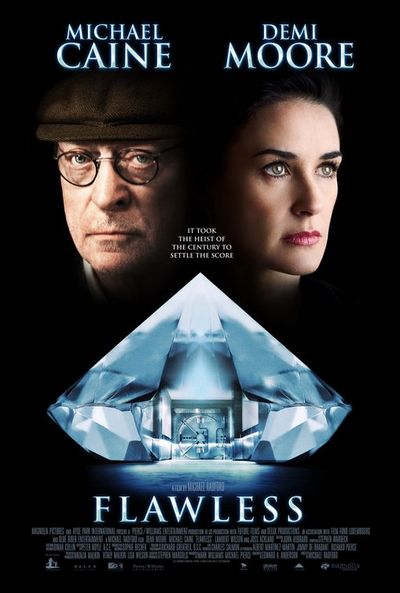