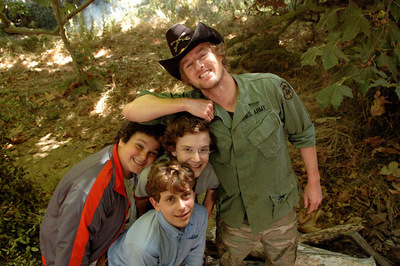 I don’t know whether to laugh or cry when considering that the best moments within this Owen Wilson comedy are the times when Owen Wilson is nowhere near it. A throwaway experience, “Drillbit Taylor” is undeniably funny, with an aim toward more obscure wells of comedy, but rarely does the star of the show make himself worth the hefty price of admission.

Ryan (Troy Gentile), Wade (Nate Hartley), and Emmit (David Dorfman) are three high school freshmen hoping to skip the cycles of bullying that ruined their junior high years. Upon arrival on the first day, the boys are singled out by Filkins (Alex Frost) and Ronnie (Josh Peck), and immediately become objects of torment. To lessen their load, the boys chip in to hire Drillbit Taylor (Owen Wilson), a homeless man who worms his way into the revenge fantasies of the kids. Now a team of sorts, Drillbit tries to teach the boys lessons of self-defense while deciding if he should remain their friend and pubescent confident or steal everything from their family homes.

It’s not that Owen Wilson is a rusted anchor on the momentum of “Drillbit Taylor,” but his energy seems to be lacking a certain spark for this enterprise. Co-written by Seth Rogan and co-produced by Judd Apatow, the picture is lost somewhere between being a sharp, insider comedy that’s typical terrain for the two aforementioned golden guys and a pedestrian mass-audience babysitter for parents looking to pawn off their pre-teens for a Saturday afternoon. Wilson’s uninspired performance is indicative of the tiresome story, which moves beyond laughs at the midway point to address Drillbit’s moral crisis between conning the boys and rising up as their true crooked-nose sensei.

Ah, who needs that crud? Just bring the laughs.

Thankfully, “Drillbit” overcomes the sleepy scripting in a hurry, and a majority of the film is a pleasant diversion, sprinkled with some saucy one-liners, hilarious movie homages (“My Bodyguard,” “Cape Fear”), and generous fight-club slapstick. The real punch of the film lies in the performances of Gentile, Hartley, and Dorfman, who live up to Apatow’s pleasing mandate to depict teenagers as the frail, unnerved creatures they are. The kids are the stars of the show in “Drillbit,” showing more comedic range than Wilson, confidently taking over the film during their moments of schoolyard alarm and, for Hartley, humorous depictions of beanpole heroism (“I have reach!”).

“Drillbit Taylor” is uneven, and with a little more judicious editing, it could’ve become a much bolder, considerably more interesting revenge comedy. What’s here is a passable good time, with peaks of unexpectedly geeky, inventive jokes. However, the valleys are flooded with abysmal, derivative screenwriting, and it’s quite an effort to forgive the filmmakers for even attempting to install a heart in what should rightfully be a ruthless comedy. Bring an extra dose of patience with you, and “Drillbit Taylor” can be quite enjoyable. 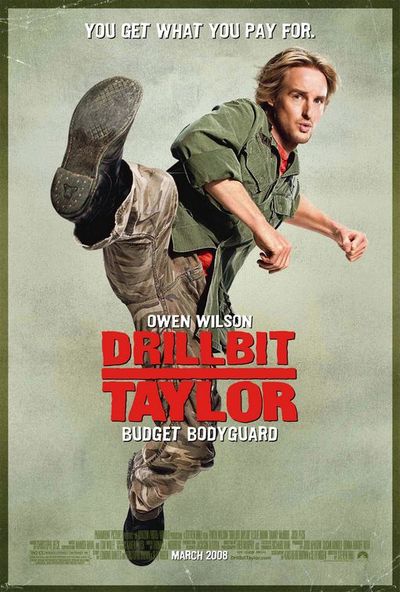