Whatever Happened to Claudia Wells? 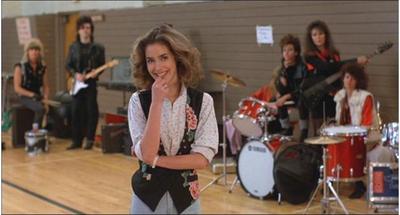 Like many people, I had one of those impulsive, unstoppable semi-crushes on actress Claudia Wells growing up. It passed quickly, but during the “Back to the Future” heyday, she was the queen of big-haired teen lust.

For those who don’t recall, Wells played Jennifer, Marty McFly’s supportive girlfriend in the first “Back to the Future” motion picture. For unfortunate family medical reasons, Wells was replaced by Elisabeth Shue in the two marvelous sequels. Love Shue, but Wells was missed. 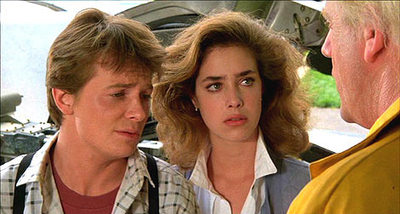 During a recent Googling session, it turns out Claudia owns Armani Wells, a successful men’s clothing shop in Los Angeles. She’s a fierce self-promoter, and seems to be enjoying her “Future” past in recent years with appearances at various Cons and autograph shows.

I love this clip because Wells is standing in front of a DeLorean. The woman knows what buttons to push. All of a sudden, I feel like I want to own a suit. Damn, she’s good.

Damn she's hot! She was hot in the movies and in real life. She should have come "back to the future" in the other two movies. They were good, don't get me wrong but Jennifer just wasn't the same without her. She's hypnotic. Something about her just makes guys stop what ever they are doing and captures their complete undivided attention.

Thank you for the kind words.
blessings,
Claudia Wells
armaniwells.com