Wes Anderson returns to screens with "The Darjeeling Limited."

Jamie Foxx cleans up Saudi Arabia in "The Kingdom." 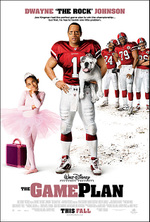 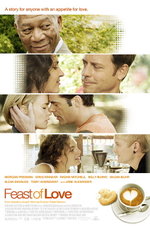 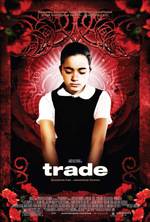 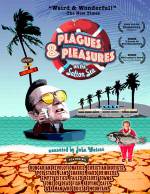 And take a journey to the "Plagues & Pleasures on the Salton Sea."

The Road to Indiana Jones: Part 1

Every film nut has their weakness. Whether it’s dreaming about “Star Wars,” a winter evening of old Bogart movies, or spending hours in front of a keyboard debating the finer points of Kubrick aspect ratios, it all originates from a lovely place in the celluloid heart that appreciates the wonders of movies.

My poison is Indiana Jones. I worship the character, the adventures, and I would eagerly rank two installments of the franchise on my personal “he’s out of his damn gourd!” top movies list. A fixture of 80s blockbuster dominance, Indiana Jones is timeless; remaining a rusted staple of pop culture and a permanent fixture of my imagination in the long 18 years since the last sequel.

back in 1981, but the feature affixed itself to my brain; the picture provided a sugar rush of action my delicate young eyes had never encountered so lustfully before. I was hooked from the very first frame, taking a breather during the opening of the ark sequence because, hey, I was five years-old. That stuff was pretty damn scary.

Recently, thank to the tireless efforts of Arizona’s only guardian of film culture, the "Midnite Movie Mamacita," I was able to revisit “Doom” on the big screen. There’s no greater joy than watching the picture with a theater full of keyed-up kids gobbling up every last morsel of the mayhem, effectively ditching deadening video game thrills for two hours and delighting in the alchemy of Spielberg’s wildest creation.

Short Round too. Can’t forget him. Man, I could watch Short Round all day.

1989’s "The Last Crusade" is a comfy pillow, lacking the razor’s edge of the

earlier pictures. I enjoy the film immensely, and it allows me the rare opportunity to bust out my superb Sean Connery impression; however, if I had to “Sophie’s Choice” my way out of a jam, this would be the film to  lose. It’s essentially Spielberg’s apology for the excess of “Doom,” and while it’s across-the-board delightful and thrilling, I’m more of a sucker for the vengeful Indiana Jones. This leads me to “The Kingdom of the Crystal Skull.”

the title for the new Indiana Jones film on the numbing MTV Music Awards this past week, leading to much internet chatter and disbelief. I don’t have a clue what prompted George Lucas to reveal his cards so early in the process. With the movie still in production and a teaser trailer rumored to debut in November, giving the fanboys the title this far in advance is certainly a kind gesture, but a peculiar one. That is, of course, until you see that the Lucasfilm website is already selling t-shirts with the title treatment on them. Hey, something has to pay for these movies.

The whole “Kingdom of the Crystal Skull” thing takes time to get used to, but it’s a start. After decades of rumors, a full year of painful will

they/won’t they production teasing, and recent reveals of miraculous casting that gets the heart pumping (Karen Allen! Cate Blanchett! Ray Winstone!), it’s dawned on me that we’re here. Outside of a horrible disaster, come next Memorial Day, I’ll be watching a new Indiana Jones adventure with millions of my fellow admirers. The prospect of a fresh sequel is almost too much to bear.

Here’s what we know: the film is set in 1957, the Russians are the villains, and Marion Ravenwood somehow stumbles back into Indy’s life. There’s

more info out there floating in the fields of geek, but those are the concrete basics until footage starts showing up. Right now, that’s more than enough to keep me in a state of fedora-topped catatonia. 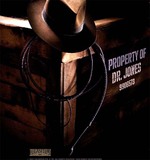